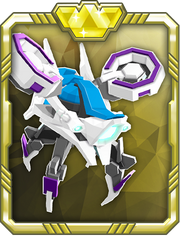 The Mothership is an epic unit unlocked in Cloud Citadel.

Destroy troops with the MOTHERSHIP.

The Mothership should have no problem destroying any kind of unit, except for armored units and those with high health. However, its high damage and long range let it kill backline units in a flash.

The Mothership has 315 health and 184 damage at level 1, destroying all units ignoring armor or evasion, EXCEPT for these units: