"They said he was too clumsy to handle explosives, but he had a point to prove and no one was going to stop him." 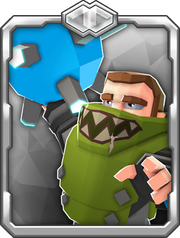 The Sapper is a rare unit unlocked in Cloud Citadel.

Damage two or more enemies with a single SAPPER attack.

To hit more than one enemy, the Sapper must be positioned near grouped up enemies first. If your opponent sees your Sapper and quickly repositions them to avoid it, then use a unit such as Phantasmo to pull a unit back.

The Sapper has 59 health and 131 damage at level 3, destroying these units in one shot, ignoring armor or evasion: